I remember when  I was so flustered that everyone else was getting “signs” from their Angels and I wasn’t getting anything. Truth is, I was closed down emotionally and not able to recognize a brick upside the head! LOL! But then it happened and I felt like that part of the movie where Helen Keller (Patty Duke) finally realizes that the water she felt on her hands is also what her teacher was spelling out with her fingers. The signs have always been there, I just wasn’t open yet to recognize them!

And, while we’re on the subject, I figure many of you are noticing a pattern with me when I refer to this movie or that movie. Well, that’s because I’ve been working in the movie industry for 23 years. I kid folks that it’s the closest thing to getting paid for using a TV remote! HA! So when I reference a movie, and I will, please forgive me in advance. Thanks!

With that said, I watched a lot of movies over the weekend and I saw some more signs. But what I realized was that when I opened myself up to see the signs, there was more than one Angel talking. For example, I can’t even remember what the movie was, but as I watched the credits scroll at the end, there it was; one name above the other, “Jasper” and then “Lily”.  Now what are the chances that a) that would occur in the credits and b) that I would actually notice it!? Is it because I’ve had Alison and Jasper Lily on my mind or was it Shelby talking to Alison through me?

And then I re-watched the movie “Epic”. And there he was, an animated tripawd pug named Ozzie that saved the day. They didn’t have to draw him that way. He could have saved the day as a quad. And since I had seen the movie before, the pug was an uneventful character for me. Now after my journey with Harmony and you folks, he means everything to me!! I didn’t have to watch the movie again, but I chose to.

But there’s more, hold on to your britches ’cause I received an email from a very good friend who was telling me about a bar/grill that he was going to see with thoughts of purchasing it. He sent me a picture of the frontage, “Harmony’s Bar”.

My point is this, signs are everywhere. We choose, sometimes subconsciously, to see them or not. I’m no expert, but I think it’s a matter of freeing our hearts and minds of the emotional baggage we picked up during our perspective journeys.

We can’t put more tea in a cup that’s already full. Yeah, I got that from a movie too. WOOT! 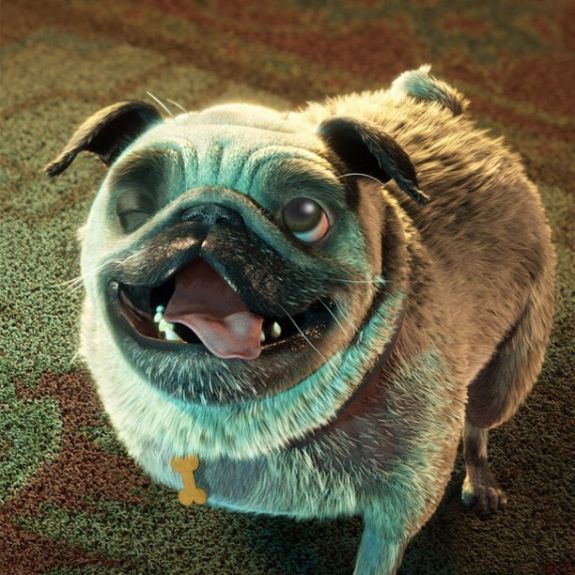